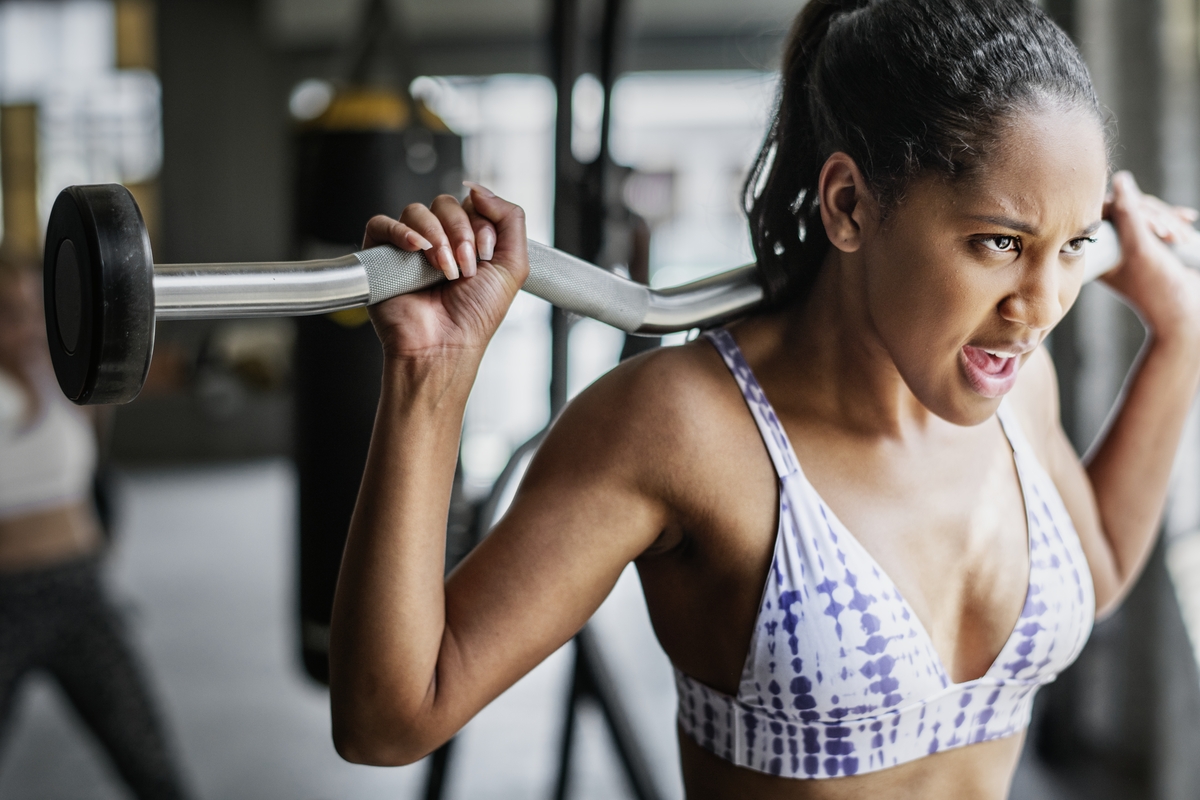 Posted at 09:54h in exercise, Fitness, Sport by ALLIED 0 Comments

Hate putting on the runners? If fat loss is your goal, a new UNSW Sydney-led study shows that you might not have to.

It’s basic exercise knowledge that to gain muscles, you strength train, and to lose fat, you do cardio – right?

Not necessarily, a new UNSW study published this week in Sports Medicine suggests.

In fact, the study – a systematic review and meta-analysis that reviewed and analysed existing evidence – shows we can lose around 1.4 per cent of our entire body fat through strength training alone, which is similar to how much we might lose through cardio or aerobics.

“A lot of people think that if you want to lose weight, you need to go out and run,” says senior author of the study Dr Mandy Hagstrom, exercise physiologist and senior lecturer at UNSW Medicine & Health.

“But our findings show that even when strength training is done on its own, it still causes a favourable loss of body fat without having to consciously diet or go running.”

Up until now, the link between strength training and fat loss has been unclear. Studies have investigated this link in the past, but their sample sizes tend to be small – a side effect of not many people wanting to volunteer to exercise for months on end. Smaller sample sizes can make it difficult to find statistically significant results, especially as many bodies can respond differently to exercise programs.

“It can be really difficult to discern whether there’s an effect or not based on one study alone,” says Dr Hagstrom. “But when we add all of these studies together, we effectively create one large study, and can get a much clearer idea of what’s going on.”

Dr Hagstrom and her team pulled together the findings from 58 research papers that used highly accurate forms of body fat measurement (like body scans, which can differentiate fat mass from lean mass) to measure the outcomes from strength training programs. Altogether, the studies included 3000 participants, none of which had any previous weight training experience.

While the strength training programs differed between the studies, the participants worked out for roughly 45-60 minutes each session for an average of 2.7 times per week. The programs lasted for about five months.

The team found that, on average, the participants lost 1.4 per cent of their total body fat after their training programs, which equated to roughly half a kilo in fat mass for most participants.

While the findings are encouraging for fans of pumping iron, Dr Hagstrom says the best approach for people who are aiming to lose fat is still to stick to eating nutritiously and having an exercise routine that includes both aerobic/cardio and strength training.

But if aerobics and cardio just aren’t your thing, the good news is you don’t need to force it.

“If you want to exercise to change your body composition, you’ve got options,” says Dr Hagstrom.

“Do what exercise you want to do and what you’re most likely to stick to.”

Part of the reason many people think strength training doesn’t live up to cardio in terms of fat loss comes down to inaccurate ways of measuring fat.

For example, many people focus on the number they see on the scale – that is, their total body weight. But this figure doesn’t differentiate fat mass from everything else that makes up the body, like water, bones and muscles.

“More often than not, we don’t gain any muscle mass when we do aerobic training,” says Dr Hagstrom. “We improve our cardiorespiratory fitness, gain other health and functional benefits, and can lose body fat.

“But when we strength train, we gain muscle mass and lose body fat, so the number on the scales won’t look as low as it would after aerobics training, especially as muscle weighs more than fat.”

The research team focused on measuring how much the total body fat percentage – that is, the amount of your body that’s made up of fat mass – changed after strength training programs. This measurement showed fat loss appears to be on par with aerobics and cardio training, despite the different figures on the scales.

“A lot of fitness recommendations come from studies that use inaccurate measurement tools, like bioelectrical impedance or scales,” says Dr Hagstrom.

“But the most accurate and reliable way of assessing body fat is through DEXA, MRI or CT scans. They can compartmentalise the body and separate fat mass from lean tissue.”

While this study didn’t show whether variables like exercise duration, frequency, intensity, or set volume impacted fat loss percentage, the team hope to next investigate whether how we strength train can change the amount of fat loss.

A better way of measuring progress

As part of their study, the team conducted a sub-analysis comparing how different ways of measuring fat can influence a study’s findings.

Interestingly, it showed that when papers used more accurate measurements like body scans, they tended to show lower overall changes in body fat.

“Using accurate fat measurements is important because it gives us a more realistic idea of what body changes to expect,” says lead author of the study Mr Michael Wewege, PhD candidate at UNSW and NeuRA.

Reframing the way we measure progress doesn’t just apply to sports researchers, but to everyday people, too.

“Resistance training does so many fantastic things to the body that other forms of exercise don’t, like improving bone mineral density, lean mass and muscle quality. Now, we know it also gives you a benefit we previously thought only came from aerobics,” says Dr Hagstrom.

“If you’re strength training and want to change how your body looks, then you don’t want to focus on the number on the scale too much, because it won’t show you all your results.

“Instead, think about your whole body composition, like how your clothes fit and how your body will start to feel, and move, differently.”