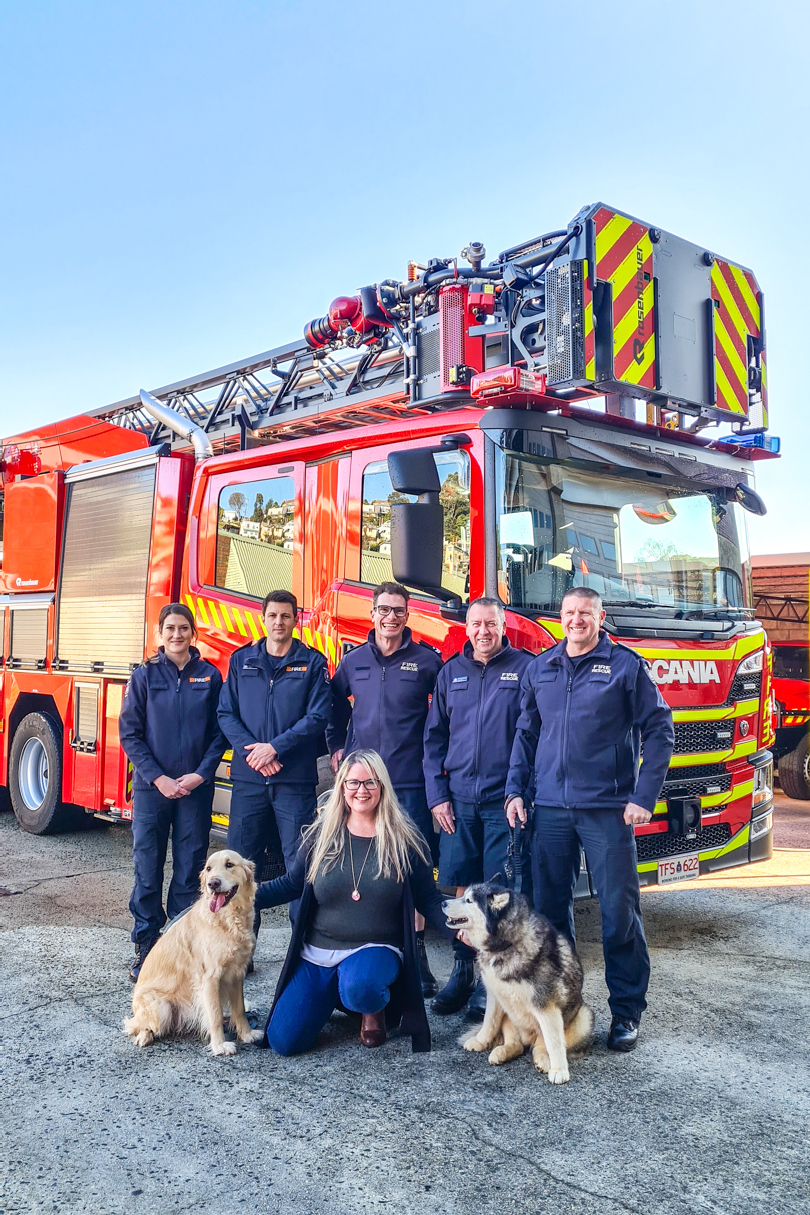 Posted at 17:49h in Health + Wellness, healthcare by ALLIED 0 Comments

Emergency services personnel are Australia’s first line of defence in times of crisis – but who do they turn to in their own time of need?

University of Southern Queensland researchers are investigating how psychiatric assistance dogs (PAD) can help with posttraumatic growth and recovery, focusing on members of the Police, Fire and Rescue, Ambulance and State Emergency Services.

“Current treatment methods focus on trauma-focused psychological interventions yet a significant proportion of people do not respond to these first-line treatments.

“As such, there is a pressing demand for new approaches, based on evidence, to address symptom and functioning challenges for first responders.”

Ms Heyworth, who came to the University following a 20-year career in the animal health industry, said PADs were an alternative intervention that had received widespread attention.

“Based on my initial research review, we can see how psychiatric assistance dogs/PADs play a multi-facilitative role to support defence veterans’ everyday PTSD challenges and nurture recovery progress,” she said.

“PADs foster self-confidence, feelings of normalcy and a sense of worth and purpose that in turn helped them reclaim parts of their life that were previously succumbed by their injury.

“From a personal perspective, I witness this first hand when handlers would bring their PAD in for veterinary care during my time in the animal health industry – some would share stories of how their four-legged companions helped them manage and overcome their injury.

“A core focus of this new University of Southern Queensland survey will look to quantify these intrapersonal and interpersonal aspects of PADs as a treatment intervention.”

Ms Heyworth said barriers to widespread use included public scrutiny and public lack of education of the role of PAD, as well as high costs and extensive wait times to receive a trained PAD.

“Our research is looking to delve into a few of these challenges, not only to have a better understanding of how they influence recovery progress but to also identify some potential solutions,” she said.

“For example, we’ve seen that some people seek to avoid extended wait times by self-training a dog to become an accredited PAD. Our survey will investigate the benefits and challenges of this alternate approach.

“We hope that our research determines if PADs are a plausible novel-based intervention to support our first responders and inform healthcare policy, planning development and guidance for best practice models.”

A 2018 national survey of 21,000 first responders found 10 percent of serving personnel were likely to suffer from PTSD, with that number jumping to 29 percent for those who had left the profession.

“These figures are a stark contrast from the estimated 4.4 percent among the general adult Australian population diagnosed with PTSD (12-month prevalence),” she said.